MAN slumps after losing 100,000 naira in sport betting in one day in Lagos!

A Nigerian man, with name Ajuwole Ibrahim slumped late Tuesday evening when it became evident that he had lost his money through sports betting. Mr. Ibrahim we gathered lives around Isheri in Lagos State and on getting tips about supposed “fixed” odds from the international footballing world, he […]

A coach for a top female boxer, has a weird way of motivating her during fights. Franchon Crews Dezurn was slapped and had her wig forcefully removed by her coach midway through her world title fight against Alejandra Jimenez. Th boxer fighting for the WBO and WBC super-middleweight […]

Leipzig striker Timo Werner is the subject of interest from Real Madrid, according to Sky in Germany. The Blancos want the 23-year-old to come in and provide competition for first-choice forward Karim Benzema, with summer signing Luka Jovic struggling to impress. Madrid plan to swoop for Werner this […]

The former manager of Barcelona, Ernesto Valverde, has written an open letter to the club’s players and board. 9ja News had earlier reported that Valverde was informed he will be sacked following a meeting on Monday with his agent. This will be the first time the La Liga champions would […] 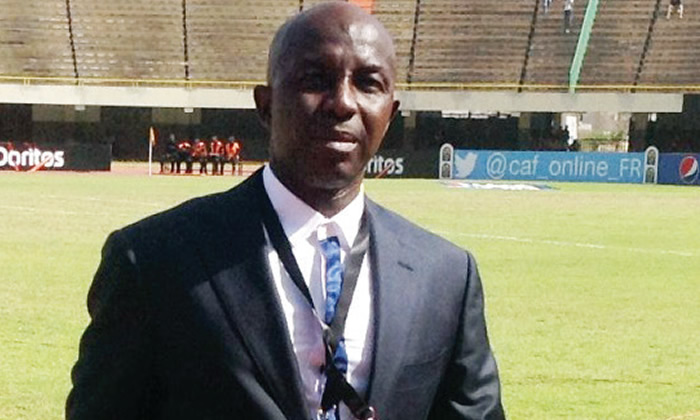 Samson Siasia, the former Super Eagles coach, has pushed the lid on his current situation as he prepares heartfelt request on his ban which has been arranged for March 19, 2020, describing his predicament as a wilderness which won’t last for long. The former coach who was banned […]

The richest man in Africa, Aliko Dangote, has revealed his plans to buy Arsenal in 2021, with the billionaire Gunners fan determined to oust absentee owner Stan Kroenke. The Nigerian boasts a net worth of more than £8.5 billion and made his fortune after founding Dangote Cement, Africa’s […]

Swedish striker, Zlatan Ibrahimovic proved once again that he is worth all the hype as he scored a goal in his second game since his return to AC Milan. AC Milan recorded a fairly comfortable 2-0 win against Cagliari, with Zlatan helping his side secure his side’s first […]